It’s All Athenian To Me 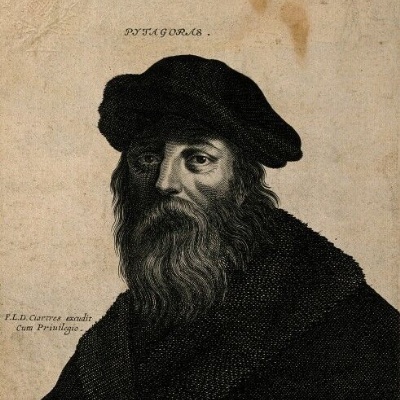 Once upon a time there were three kingdoms, all bordering on the same lake.  For centuries, these kingdoms had fought over an island in the middle of that lake.  One day, they decided to have it out, once and for all.  The first kingdom was quite rich, and sent an army of twenty-five knights, each with three squires.  The night before the battle, the knights jousted and cavorted as their squires polished armour, cooked food and sharpened weapons.  The second kingdom was not so wealthy, and sent only ten knights, each with two squires.  These knights cavorted and sharpened their weapons as the squires polished armour and prepared dinner. The third kingdom was very poor, and only sent one elderly knight with his sole squire.  The knight sharpened his weapon, while the squire, using a looped rope, slung a cooking pan high over the fire as he prepared the knight's armour.

The next day the battle began.  All the knights of the first two kingdoms had cavorted a bit too much and could not fight, a lesson to us all never to cavort while sharpening weapons and jousting.  The squire of the third kingdom could not rouse the elderly knight in time for combat.  So, in the absence of the knights, the squires decided to fight it out themselves.  The battle raged well into the late hours but, when the dust finally settled, a solitary figure limped from the carnage.  The lone squire from the third kingdom dragged himself away, bloodied but victorious – which just goes to prove that the squire of the high pot and noose is equal to the sum of the squires of the other two sides.

Sorry!  I found that online while I was looking for jokes about Pythagoras and his theory.  I am not sure what other jokes are out there because the school’s firewall blocked my two previous attempts to find something, which I suppose is a good sign.  I seem to recall from my own schooldays, back when you had to get out of your chair to turn over the television and when there were only three channels from which to choose, that there is a joke about a hippopotamus involved somewhere, though I can’t for the life of me remember what it is.

Why am I telling you all this in what is pretty much the last blog of the school year, when last week I was worrying that there would not be time to cover all the material I had gleaned from David Mountain’s book called ‘Past Mistakes: How We Misinterpret History and Why It Matters’?  Because the next section of his book picks up with some home truths about Pythagoras of Samos, the chap most of us associate, for good or ill, with right-angled triangles and A squared plus B squared equalling C squared.  I can sense the cold sweat building on some of you already, but I aim to entertain rather than torture any more than necessary, so let us move on.

Mountain explains that although Pythagoras is known today for his triangle theorem and, less widely known – at least by me – for his medical skills and his astronomical discoveries, it turns out that contemporary sources portray him as an obscure mystical cult leader, a megalomaniac, a swindler and a crackpot with a pathological hatred of beans.  It turns out that there is no evidence at all that Pythagoras came up with any theorem involving triangles.  It was at least four hundred years after his death before anyone associated him with the idea, the relationship between the sides of a right-angled triangle was well known among craftsmen and carpenters for over a thousand years before he lived, and a Babylonian clay tablet acquired by Yale University in 1912 apparently depicts a mathematical exercise involving a variation on his theorem 1,100 years before he was born.

This debunking of Pythagoras and his cult followers is part of a wider exercise to demonstrate that we are too often guilty of accepting what we are told by our teachers or what we read in books, without taking the time to question it properly.  I appreciate there has to be a balance here, because life would get very tiresome very quickly if we chose not to believe anything we are told, but it makes the point that we probably need to be a bit more sceptical in our thinking at times.

The same ancient Greece that gave us logic, democracy and brightly coloured statues – which we are told only turn pale after all the paint has been worn away over time and were therefore not originally marble white – also gave us magic numbers, evil beans and gigantic moon aliens.  Mountain tells us that the po-faced philosophers, valiant statesmen and indomitable athletes of our popular imagination certainly did exist, but they were part of a much larger and more varied landscape than we think we know.  When someone talks about the history of Ancient Greece, they almost always mean the history of Ancient Athens, the city state.  The author says this is like trying to tell the history of England without leaving the confines of Oxford – which no doubt has happened quite a lot over the years, I imagine.

Once he warms to his theme, I could not help but admire the skills of historical demolition that Mountain brings to his work.  As he highlights, Ancient Athens – and, by extension, the wider Greek world – has been the benefactor of more positive press coverage in the West than just about any other society in history.  Beginning in the Italian city states of the 15th century, the European rediscovery of classical art and philosophy sparked an obsession with all things old and Greek that would consume the continent’s literati.  Architects bedecked cities with neoclassical designs.  Artists depicted their patrons in Greek robes.  Philhellenic philologists – try saying that after a couple of glasses of wine – attempted to Hellenise the English language, inserting unnecessary H’s into ‘author’, ‘Anthony’ and the River ‘Thames’, in the mistaken belief that they were originally Greek words.

However, this familiar and, for many Europeans, self-congratulatory tale is only one side of the story.  The author makes the point that it is not just noble, upstanding words like ‘democracy’ and ‘diplomacy’ that we inherited from the ancient Greeks, but more questionable ones like ‘tyranny’ and ‘oligarchy’, ‘slander’ and ‘scandal’, ‘catastrophe’ and ‘cataclysm’.

To return to a recurrent theme from this year’s blogs, Mountain’s ideas support many of those I have read elsewhere, and which have encouraged me to give serious reconsideration to what I thought I knew.  He says that even in the 21st century, which keeps telling itself that Thomas Carlyle’s Great Man Theory is dead, one in every five history books sold is a biography, and seventy per cent of those are biographies of men.  Painfully complex and convoluted events like the Second World War are all too often reduced to a battle of wills between a handful of famous figures.

Just like Pythagoras, many of these famous figures continue to take undue credit for other people’s achievements.  We are asked to consider the oft-repeated claims that King Henry VIII wrote the song ‘Greensleeves’ (he didn’t), or that the light bulb was invented by Thomas Edison (it wasn’t), or the belief that Christopher Columbus discovered America, a heroic myth so deeply rooted it would take a book on its own to dismantle.

And finally, Mountain encourages us to consider the phenomenon of ‘quote magnetism’, a particular interest of mine, whereby sayings become misattributed to famous figures such as Mark Twain, Oscar Wilde and Winston Churchill.  As Mark Twain once wrote, and he actually did write this one: ‘Any invented quotation, played with confidence, stands a good chance to deceive.’

I wish everyone a restful summer and I hope you can find some really good books to read – which is certainly my plan for the next few weeks.  Happy holidays!