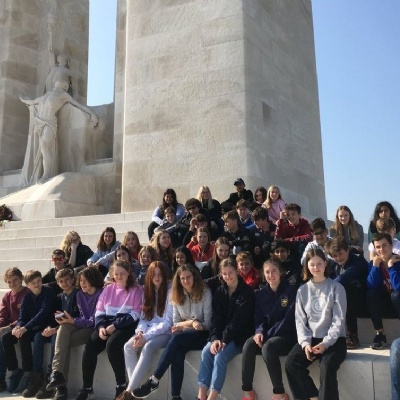 It is not easy to find a quick answer when you are asked if you enjoyed a trip to the battlefields of the First World War. There were many aspects that were very enjoyable, for example the companionship of colleagues, with the opportunity for different conversations from those possible at work; getting to spend time with pupils in a different context and to learn more about what makes them tick; the sunny weather that made it feel that winter was almost over. But when you are standing at the top of Tyne Cot, looking out at the largest cemetery for Commonwealth forces in the world, the burial site of nearly 12,000 soldiers, the word ‘enjoy’ is not the first that comes to mind.

We ended our trip at Essex Farm, the front line field hospital where Canadian surgeon John McCrae wrote his poem ‘In Flanders Fields’.  While this work is rightly celebrated as the inspiration for the later adoption of the poppy as the emblem of remembrance, it struck me as I was reading it aloud to our pupils that the first line of the last verse has a rather less peaceful sentiment.  It urges those still alive to ‘Take up our quarrel with the foe’, going on to suggest that the dead will not be able to rest in peace until the living have finished what had been started. 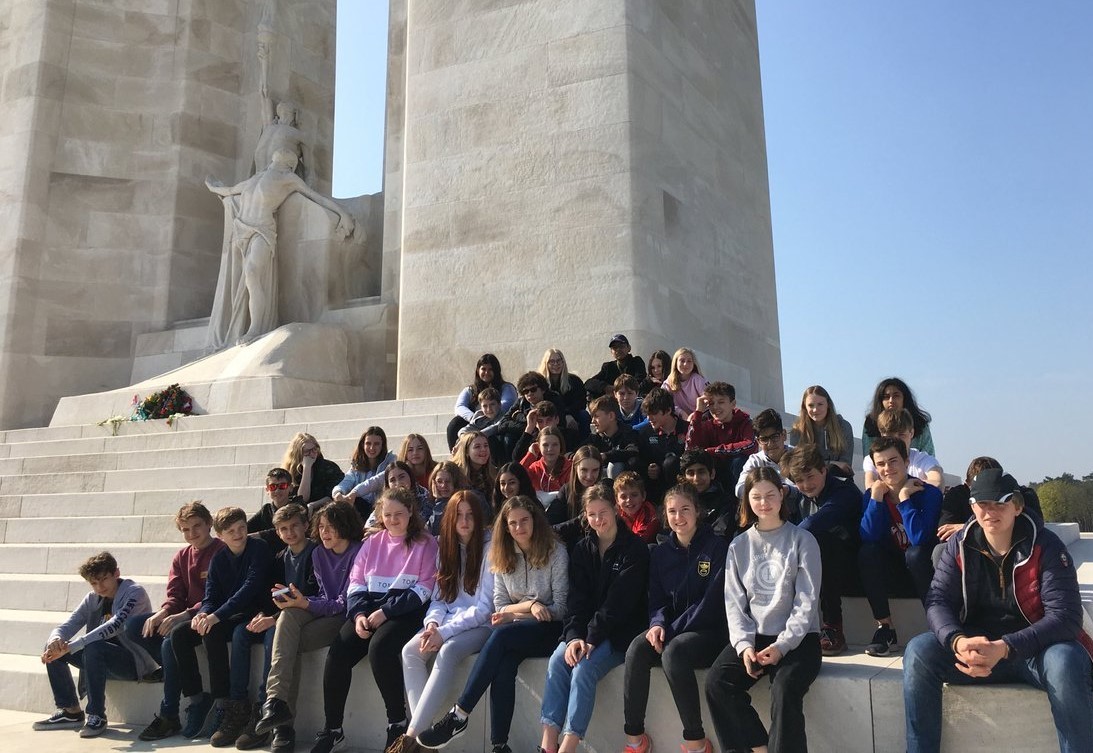 There are many interesting comments about the importance of studying history to learn the mistakes of the past, for example George Santayana’s comment that those who cannot learn from history are doomed to repeat it; though I prefer this one from George Bernard Shaw: ‘We learn from history that we learn nothing from history.’

Despite teaching the subject for the best part of thirty years, I have never subscribed to the theory that history should be studied to learn from previous mistakes.  It seems to me that we are usually quite poor at learning very much from what has happened before, and the way our brains are hardwired for both co-operation and conflict creates something inevitable about the way we exist.  As the French mathematician Blaise Pascal said over three hundred years ago, ‘All of humanity's problems stem from our inability to sit quietly in a room alone.’

The quarrel with the foe was indeed taken up by McCrae’s contemporaries, who continued the fight for another three and a half years after the poem was written, though he did not live to see the end of the war, dying from pneumonia in Boulogne in January 1918.  Little more than twenty years later, it is hard to see how any lessons were learned when it all started again, which resulted in a much higher death toll between 1939 and 1945.

Maybe, just maybe, there was some learning after 1945, with the realisation that it was best not to use atomic bombs again and that the centuries-old animosity between those living in modern day France and Germany was best put to one side by developing an economic and, later, a political area that promoted prosperity and reduced any chance of conflict.  This may have developed into something that was not a perfect union, but it is hard to disagree that it has largely done its job.  Only time will tell if it turns out to be lasting.

To end on a lighter note as we go into the Easter break, whether through history or not it is always important to know the difference between knowledge and wisdom.  My rule of thumb is that knowledge tells you a tomato is a fruit but wisdom tells you not to put one in a fruit salad.  Not quite the same, but still useful, is this from American singer Pete Seeger: ‘Education is when you read the fine print; experience is what you get when you don't.’