Sixty-Three Years in a Supermarket 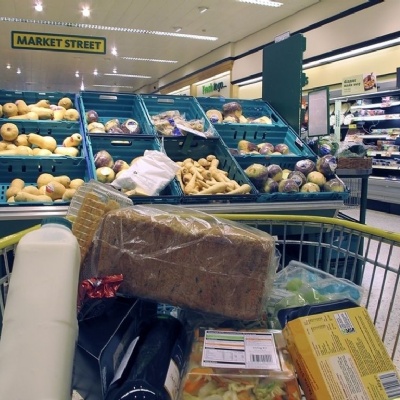 Conscious that we all might need a break from my growing obsession with authors who debunk the myths that we think we know about what happened in the past, I thought this might be a good time to go off on a different tangent and reflect on one of the books I read over the summer that reminded me that other subjects on the curriculum (whisper it quietly) may actually be as useful as history, even if they may never be quite as interesting.

A while back, I read ‘Origins’ by Lewis Dartnell, which tapped into my fascination with anthropological history and reminded me of ‘Sapiens’ by Yuval Noah Harari.  My Amazon home page, with its uncanny ability to know exactly what I’m thinking, must have recommended another of Dartnell’s books at exactly the moment I was considering what to read on holiday.  It is called ‘The Knowledge’ and subtitled, in case you are thinking it might be about London cabbies, ‘How to Rebuild our World After an Apocalypse’.  Let no one say I am not eclectic in my tastes!

The best idea, of course, would clearly be not to have an apocalypse in the first place, whether as a consequence of nuclear holocaust, climate disaster or some other horrible means.  If catastrophe does strike, it might be better to shuffle off this mortal coil as quickly and relatively painlessly as possible, because it does not look like those left behind are going to be having a great time in their battle for survival, and they will certainly be leading a very different life from what most of us are used to.

The book, however, is not some relentlessly miserable zombie-infested doomsday, but rather a broad summary of how human technology has developed since our species first emerged, with chapters on agriculture, food and clothing, medicine, transport, communication and advanced chemistry, among others.  If I am brutally honest, there was a bit too much science for my liking because, despite the triumph of my O Level passes in chemistry and physics all those years ago, I confess that my attention span for matters scientific tends to be limited, as therefore would be my chances of survival after the world as we know it has ended.

As Dartnell highlights, the most profound problem facing any survivors is that human knowledge is collective and distributed across the population.  No one individual knows enough to keep the vital processes of society going.  Science, we are told, is not a collection of facts and figures: it is the method you need to apply to confidently work out how the world works.  I did, however, like his quotation from the science-fiction author Arthur C. Clarke, who said in 1961 that any sufficiently advanced technology is indistinguishable from magic.

He also cites an essay written in 1958 by Leonard Read from the perspective of one of our most basic tools.  It was called ‘I, Pencil’ and it made the point that because the sourcing of raw materials and production methods is so dispersed, there is not a single person on the planet who has the ability and the resources to make even the simplest of everyday items like the writing implement we all take for granted.

Likewise with farming, it seems likely that a diminished post-apocalyptic population would be far too small to be able to maintain reliable cultivation, let alone more advanced production methods, and so would regress all the way back to a hunter-gatherer lifestyle, preoccupied with the struggle for subsistence.  The author reminds us that ninety-nine per cent of human existence has been spent in this lifestyle, which cannot support dense populations and represents a trap that is very hard to move out of again.

There were some fascinating nuggets in between the ongoing consensus that surviving the initial catastrophe might not have been the best outcome for those to whom it happened.  For example, he highlights that our modern asphalt roads, though beautifully smooth for bombing along the motorway at 70 miles per hour, have a surface less durable than the robustly constructed ancient Roman roads.  Many ‘viae publicae’, crowned with a thick layer of hard paving stones, were still passable a millennium after the destruction of the civilisation that laid them.  The same will not be true of our existing transport network, apparently.

If people did manage to get themselves organised to farm, they would need to think carefully about how to power the implements they would need.  When the diesel runs out, they could use animals to pull the ploughs, but reverting to animal power for farming would require the redirection of agricultural produce to feed livestock rather than people.  During the peak of animal use for farming in Britain and the United States, which surprisingly occurred as late as about 1915 (even though mobile steam engines had existed for fifty years and petrol-powered tractors were already available), a full third of cultivated land was committed to the upkeep of horses.

It is often said that history is just one damn thing after another, and the history of technology is just one damn invention after another: a succession of gadgets each fighting off inferior rivals.  Or is it?  Dartnell reminds us that reality is rarely that simple and we must remember that the history of technology is written by the victors: successful innovations give the illusion of a linear sequence of stepping-stones while the losers fade into obscurity and are forgotten.  But what determines the success of an invention is not always superiority of function.  For example, absorber refrigerators work just as well as compressors, but nascent electricity companies in the early 1900s preferred compressors because they saw how they would benefit their own growth, which is why we all use compressors in our homes today.

You can see how one invention can lead to another by looking at the components of a brand new sports car.  If you peel back the skin of such a vehicle, something you might consider to represent the peak of modern technology, you will find a mishmash of components co-opted from mechanisms stretching far back through time: potter’s wheels, Roman sawmills, trip hammers, wood lathes and water clocks.  I had no idea how my car, which is categorically not a sports car, worked before I read this book, and I am none the wiser afterwards.

It is hard to disagree with Dartnell’s conclusion that science is not listing what you know: it is about how you can come to know.  It is not a product but a process, a never-ending conversation bouncing back and forth between observation and theory, the most effective way of deciding which explanations are right and which are wrong.  This is what makes science such a useful system for understanding the workings of the world – a powerful, knowledge-generating machine.  And this is why, he tells us, that it is the scientific method itself that is the greatest invention of all.

But the fact that stayed with me after I had finished this fascinating if disconcerting book, was what you would do to stay alive if you were on your own but could gain access to a decent-sized supermarket to make your new home.  Dartnell asks how long you could survive, but you already know the answer from the title of this blog.

Your best strategy, he tells the reader, would be to consume perishable goods for the first few weeks, and then turn to the dried rice and pasta, as well as the more resilient tuber vegetables, before finally resorting to the most reliable reserve of tinned produce.  Assuming that you are careful to keep a balanced diet with the necessary intake of vitamins and fibre (the health supplements aisle will help you here), your body will need 2-3,000 calories a day, depending on your size, gender and how active you are.  A single average-sized supermarket should be able to sustain you for around 55 years, and 63 if you eat the canned cat and dog food as well.  Now there’s a thought – though not necessarily a particularly cheerful one!