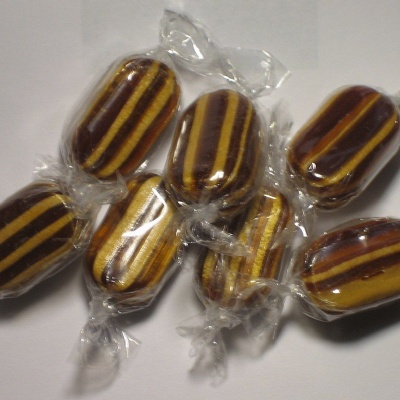 In my experience of school leadership, the best Secretaries of State for Education are the ones who don’t actually do very much, simply because too much change causes too many problems. If I were to ask you to name the last ten people to hold the office, how many could you remember? Charles Clarke, Ruth Kelly, Alan Johnson, Ed Balls, John Denham, Nicky Morgan, Justine Greening, Damian Hinds and Gavin Williamson are nine seemingly decent people (well, most of them) who, to the best of my recollection, made very little difference to our day to day working experiences in schools

The eagle-eyed among you will have noticed there are only nine names on that list, not because I can’t count but because the tenth person needs a special focus all to himself.  Whisper his name quietly and choose whether to applaud, guffaw or weep, but it’s Michael Gove, the man who implemented more change in his four-year term of office than the others did collectively in sixteen years.

Bernard Trafford, the former Headmaster of the Royal Grammar School in Newcastle, once wrote that when it comes to education, politicians invariably mess it up because they are so dangerously certain about everything – and it is indeed hard to imagine many people more certain of their own wisdom than Michael Gove.

The public examination system may not have been perfect before he rode his coach and horses of trying to raise standards through it, yearning for some mythical nostalgic past when O Levels and A Levels were perceived to be properly difficult and clever chaps jolly well earned their top grades and their places at Oxbridge.  And just look at how well that’s all working out at the moment!

The new GCSE exams were all graded from 9 to 1 this year.  Where is the logic behind this new system?  It is hard to see, to be honest.  At its root is an attempt to move away from the A*-G grades, which pretty much everyone understood, and to create something new that allows Ofqual to ensure that so-called grade inflation is reduced.

The first attempt to offset this problem was the introduction of the A* grade in 1994.  While it could perhaps be argued that it was not an unreasonable idea to try to differentiate between the good and the very good, it ended up creating an unnecessary pressure on high achievers, for whom an A grade was no longer good enough, and it meant that all of us who have A grades in our exams taken before that date have had to spend twenty-five years explaining our perceived underachievement.

But spare a thought for this year’s GCSE cohort, who have to go through life saying, ‘I got two 9s, an 8, four 7s, two 6s and a 4.’  Pardon?  The top achiever at Radnor House this summer, instead of simply saying they got a full set of A* grades, will have to explain what six 9s and three 8s actually means, which is a crying shame.  And how much shall we wager that somewhere down the line they will create a grade 10, just to add to the confusion?

The other masterpiece of political wisdom under Michael Gove’s stewardship was the insistence that schools teach so-called ‘Fundamental British Values’, which were identified as democracy, the rule of law, individual liberty, and mutual respect and tolerance for those of different faiths and beliefs.  It would not, I suggest, therefore be unreasonable for us to ask whether our current cohort of political leaders might do well to go back to school to think more carefully about the need to practise what they preach.

It feels a bit rich to be told by the likes of Michael Gove that we need to do more to explain these values to pupils when they are currently being so obviously ignored by some of the highest office holders in the land.  Exam reform I can just about tolerate; full-scale hypocrisy is a much harder pill to swallow.