To Do or Not to Do, That Might Be the Question 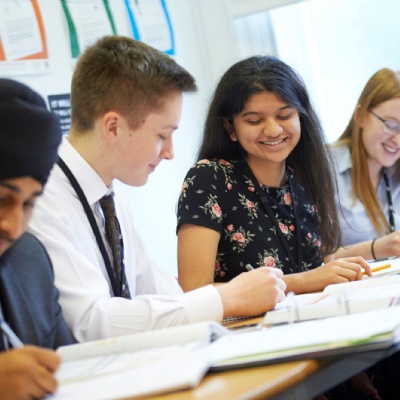 One of the initiatives introduced this term by our new Director of Sixth Form, Peter Nathan, is for the first two lessons of the day in the Sixth Form Common Room to be a silent supervised study time, with a view to developing a more effective work habit among the pupils.  There was always likely to be some resistance, of course, not least from those who used to enjoy using the first hour or two of the school day to catch up with gossip and/or update their social media.  However, in general, the pupils have responded well and are working harder as a result of the changes.

One of my favourite quotations comes from Henry Ford, the car maker, when he was asked why he did not bother to do more market research before deciding that a cheap, affordable automobile was the way ahead for the American people.  He said, ‘If I had asked them what they wanted, they would have said a faster horse.’  Likewise, if we had asked our sixth formers what they wanted, a silent work regime would almost certainly not have been the answer.  Now that it is here, for most it is providing a welcome structure that helps them to get focused at the start of the day.

I am writing this while doing my share of supervision at nine o’clock on a damp and chilly Wednesday morning.  By the time the lesson is over, I will have a finished blog ready for Friday - a job ticked off a list to give me a dopamine hit that I don’t get from gossip or social media.  As I look around, there is plenty of positive activity going on, but there is also some significant procrastination, mostly faffing about with laptop computers or topping up caffeine levels with a trip to the café.

In the course of a 30-lesson week, with each lesson lasting an hour, if just five minutes are lost every lesson, this amounts to two and a half hours lost each week.  In a school year of thirty-five working weeks, the lost time would be 5,250 minutes, which is 87.5 hours, the equivalent of nearly fifteen days, or three school weeks – food for thought, if nothing else.

I am not a fan of time and motion studies, but I do worry that people of all ages increasingly lack focus and the ability to get things done.  I am also aware of my own ability to waste time and to put things off to the last minute.  For example, one of the main tasks in the Wideman household over the Christmas break was to plan and book the family schedule of travel and accommodation for what is shaping up to be a complicated year of different demands.  Our daughter came home a week before Christmas and we finally secured the last confirmation yesterday – a six-week window of time that slipped to a semi-frantic dash in the last three days.

There was an article in the Times Educational Supplement over the holiday in which the author tried to bust a few of the myths she perceived to be damaging pupils in schools, the first of which was that we should not tell children that they will be successful by simply working hard.  Success, it was argued, however it is defined, is not achieved through effort alone, but also by chance, personal connections and a myriad of factors far beyond most people’s control.

I am prepared to accept that hard work alone is not enough to guarantee success, but I find it much harder to accept that success will be achieved without hard work, reminded of the time when Homer Simpson tells Bart that he cannot expect to achieve anything without hard graft, then asks him to turn on the television to see if the family has won the lottery!

Not for the first time, I prefer the arguments of Bill Lucas and Guy Claxton, here from ‘Educating Ruby’, when they argue that there are broadly three clusters of character strengths that are predictive of success in life, and which can be cultivated by schools:

Or, if you prefer – courage, excellence, perseverance and respect!