Water, Water, Everywhere, Nor Any Drop To Drink 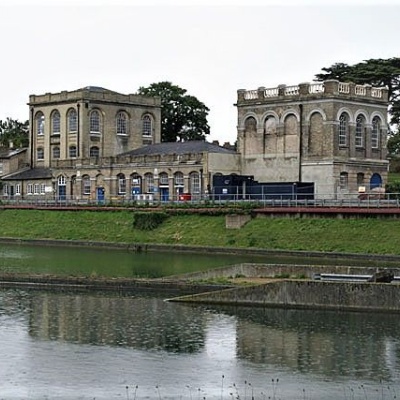 Coleridge’s ‘Rime of the Ancient Mariner’ was one of the set works I studied nearly forty years ago for my O Level English Literature exam, when one of the first things we were taught was that the correct line is ‘nor any drop to drink’ rather than ‘and not a drop to drink’, but for some reason no one seemed very interested on Wednesday when many of us were making the link between the days of pouring rain we had endured and the irony of a failed water main bringing the school and many other local facilities to a standstill.

During nine years leading a school in Yorkshire, I think there were about five occasions when I needed to make a decision about whether to close or remain open, each time due to the threat or the reality of snow.  Although it was then a day school, a legacy from when there were boarders in residence meant there was a house attached to the building for the head and his family.  As a consequence, if the weather turned bad overnight, I was the only person on site who could make a call about closing for the day.

It usually turned out to be a really tough decision, because there was no one to consult and hundreds of people’s lives for that day depended on my judgement, based on an unpredictable forecast and not being able to see very much because it was usually so early.  In the end, four times out of five I got it wrong, staying open when we should have closed and closing when we could have carried on without undue difficulty.

The American admiral Arthur Radford once said, ‘A decision is the action an executive must take when he has information so incomplete that the answer does not suggest itself’, and Barack Obama made a similar point when he observed, ‘Nothing comes to my desk that is perfectly solvable.  Otherwise, someone else would have solved it.’  His predecessor, Harry S. Truman, had a sign on his desk that read, ‘The buck stops here’, all of which are a roundabout way of saying that the final decision on Wednesday morning was inevitably mine.

My first reaction was to try to find a way of staying open, but it very quickly became clear that five hundred people in a building with no flushing toilets, hand washing or hot food was not sustainable for very long.  Optimistic mumblings from Thames Water that they hoped to have supplies back on by midday did not inspire confidence of a swift resolution to the situation.

Attempts to find out more online led only to the distraction of a Twitter thread that reduced me both to tears of laughter and howls of rage, which I suppose is why it is there in the first place.  It really is the case, I fear, that our so-called civilisation is a mile wide and an inch deep.  The panic buying of bottled water, the tweets of fury because a shower was interrupted or a dishwasher could not complete its cycle, and the absence of any sense of Dunkirk spirit or Blitz-inspired camaraderie seemed a sad reflection on our modern ways.  One person complained that they had come back from a run, only to find there was no water in the tap, to which someone else rather unhelpfully suggested that they could perhaps continue their run to the shop to buy some – if, of course, there was any left.

In the end, there were a few short hours of disruption.  Plans had to be changed and schedules rearranged, but opportunities for leisure time or the chance to catch up with work were created.  It was no doubt a serious inconvenience and a worry for some, but for most it was just another storm in a (probably empty) teacup.