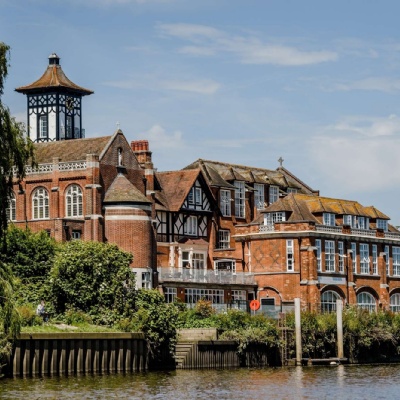 There are times when a Head’s heart (yes, apparently we have them as well!) can sink when looking at the calendar for the end of term. While some may be in winding down mode, with suitcases half-packed for the break, it is usually the time when more people than usual send emails or ask for appointments. On top of all this, there seems to be a different event on almost every evening of the week, so I might therefore have been forgiven a sigh of frustration when I found out that a seminar on adolescent mental health had been booked in for the last Wednesday of term, but in fact my reaction was the complete opposite because I had heard Dick Moore speak before and I knew how powerful his message was going to be.

No one who witnessed Dick speak at Radnor House this week could fail to be moved by what he had to say.  Talented, successful in both his work and his private life, leading a stereotypically charming middle class existence, Dick’s world was rocked to the core when one of his four sons committed suicide after a traumatic break-up with his girlfriend.  Many, if not most, of us would have shut down and resigned ourselves to a life of misery and regret, but Dick found an inner strength to face up to his demons and use the experience to educate others about adolescent mental health and how we need to do more to tackle what is becoming a growing epidemic, as shown so starkly by the statistic that the biggest killer of young men between 17 and 35 is suicide.

On one level it was heart-breaking and deeply moving, but the overwhelming reflex of the audience was laughter, not just a response to Dick’s first class style of delivery but also a recognition that as parents we are all the same boat, all trying to do our best in situations where there is no manual to help us.  Whether it is dealing with our inner chimp, as highlighted by Dr Steve Peters in his book ‘The Chimp Paradox’, or coming to terms with the realisation that the ‘Black Dog of Depression’ can be a constant, unwanted companion to many people in their lives (watch the WHO film on YouTube), Dick’s key message was that there are actions we can take to build resilience, help our children learn to cope with failure and demonstrate what the football manager Ian Dowie in his inimitable style called ‘Bouncebackability’.

In his similarly themed and titled book ‘Bounce’, journalist Matthew Syed talks about the importance of resilience, highlighting that one of the most important qualities in life is grit.  He says that resilience is a powerful predictor of success in everything from maths to music, with those who are prepared to take risks and who keep going, even when they mess up from time to time, being the ones who ultimately reach their potential.  Apparently, the neural architecture of the brain changes if people stick at things, with functional MRI scans, for example, revealing that the area involved in finger movement is far larger for concert pianists than for the rest of us.  Syed’s key point is that, crucially, these people were not born like this: the brain grew in proportion to years of practice.  In other words, it was built through grit.

Life is tough, we cannot ever have it all and nothing significant is achieved without hard work.  Grades are important, of course, but learning how to cope with the slings and arrows of outrageous fortune and to overcome them is surely more important.  I am therefore fully committed to developing programmes at Radnor House in the next few years to train more staff in mental health first aid, and to help adults and children learn skills in coaching and mentoring, thereby building greater resilience in everyone.  The core value at Radnor is already there – it’s called perseverance.  As Dick’s final slide showed this week, life isn’t about waiting for the storm to pass: it’s about learning to dance in the rain.