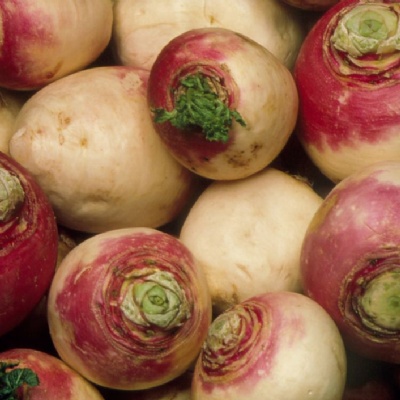 Despite my somewhat old-fashioned approach and ongoing struggles to engage with aspects of the technological revolution, I still think I can add value to the teaching of A Level History, not least in my attempts to show pupils that the best way to learn more about something is usually to read a relevant book.  I have just ordered a newly published account of London in the seventeenth century, which may well be my half-term read of choice, if it arrives in time, to broaden my knowledge of the capital’s past.

Soon after I came to Radnor House, there was a need for someone to step in at relatively short notice to teach a module on Stuart England.  The full title is ‘Britain 1625-1701: conflict, revolution and settlement’, which covers the reigns of Charles I, Charles II, James II and William and Mary, as well as the Interregnum and Oliver Cromwell.

There are lots of interesting topics, not least the Civil War and the trial and execution of the king.  The so-called Glorious Revolution is less exciting, with Queen Mary II arguably the dullest individual ever to have been a monarch in our country, and some of the religious theory and practice is hard to grasp.  Any Lower Sixth pupil who can give a convincing explanation of the difference between Arminianism and Catholicism, or between Puritanism and Presbyterianism, will be on course for a very good grade.  If you get this joke, welcome to a very small group: What does John Calvin’s satnav say to him at the end of his journey?  You have reached your pre-destination.

Just as we all arrive at the point of exhaustion with remote teaching and learning, this was the week where the content in the Edexcel specification reached its nadir.  The original plan was no doubt to mix the history of politics and religion with some appropriate social and economic factors to broaden the range of the syllabus.  However, the decision to focus for a time on agricultural developments leads each year to an analysis of crop rotation techniques and the introduction of new plants, which was a feature of the drive for higher yields to feed a rising population.  Are you still awake?

If you want to know more about this period, I think I have previously recommended ‘The Time Traveller’s Guide to Restoration Britain’ by Ian Mortimer, which provides a fascinating insight into the life and times of the people who lived under the rule of the House of Stuart.  For example, if you think it has been cold this week, spare a thought for the people of the later 1600s, who, Mortimer explains, had to endure the Little Ice Age, which caused some bitterly cold winters, harvest failures and food shortages.

1675 was known as a ‘year without a summer’ and the Long Frost of December 1683 to February 1684 remains the coldest three-month period ever recorded.  The River Thames was frozen from 2nd January to 20th February. No doubt children and the young at heart would have enjoyed the opportunity to skate and slide on the icy surface, and the so-called frost fairs were a novel feature of London life, with markets and tradesmen finding space on the river that was not otherwise available, but this is unlikely to have been enough joy to offset the misery of the relentless cold.

Apparently, according to the textbook that was written to accompany the course, the introduction of asparagus, artichokes and clover allowed for more effective crop rotation and helped to replenish nutrients in the soil.  But pride of place in the pantheon of exciting developments must surely go to the clearly needed frost-resistant turnip.  For a brief moment in 2019, in response to an A Level examination question about the extent to which agricultural developments were responsible for economic growth, there was even a hashtag linked to this extraordinary vegetable.

I appreciate that there are people, including those in my own household, who enjoy the prospect of eating such things, but I have always thought they were more suited to sustaining animals than humans.  When teaching such things to young people, I also think it unwise to assume that any them will know what a turnip is, unless perhaps they are aficionados of the character of Baldrick in the Blackadder series.

It therefore seemed appropriate to provide a visual aid on one of my PowerPoint slides to show them what a frost-resistant turnip might look like.  A search of Google Images does not result in anything other than a turnip being found, presumably because nowadays all such vegetables are resistant to frost.  Anyway, I duly cut and pasted, and at the same time took the opportunity to show a picture of a swede as well, just to avoid any confusion – though there is no mention of a frost-resistant version playing a key role in seventeenth century agricultural progress. (Having just looked it up, this is because the swede was not introduced for another hundred years – gosh, the fun you can have researching root vegetables!)

The picture of a swede provoked an unexpected surge of interest from the class, keen to learn more about the link between the country of Sweden and the vegetable.  If only I knew then what I know now, I could have confirmed that one of the theories why the swede is so called is because the first seeds were sent by King Gustav of Sweden as a gift to a man called Patrick Miller, a resident of Dumfries and Galloway.  This gem comes from Mr Fothergills’s news blog, surreally titled ‘Fascinating Facts and Figures about Swede and Turnips’ – I kid you not!  Alas, Mr Fothergill seems unable to shed any light on why the King of Sweden would decide to send seeds to Mr Miller in Dumfries, but perhaps this information comes later, because we are promised more than one fascinating fact.

I am conscious that my own blogs are beginning to resemble the stories that Ronnie Corbett used to tell but, before I get to the final point, I just want to highlight another book that I have recently finished.  It is called ‘Origins’ by Lewis Dartnell, and I found aspects of it absolutely fascinating.  For example, how is this to blow your mind on a cold winter’s day?  Apparently, ice ages vary in their intensity, and interglacial periods are also not all alike.  The last interglacial, which occurred about 130,000-115,000 years ago, was generally warmer than our current one.  Temperatures were up at least two degrees centigrade from today, sea levels around five metres higher, and the sort of animals you would normally associate with Africa were tramping through Europe.

When construction workers were digging in Trafalgar Square in the late 1950s, they discovered the remains of a range of large animals – rhinoceros, hippopotamus and elephant, as well as lions – all dating from the previous interglacial period.  Standing in the shadow of Nelson’s Column today, tourists are eager to snap selfies with the bronze lion statues sitting on guard at the corners.  How many of them, Dartnell asks, realise that during the last interglacial they would have had to keep an eye out for the real deal?

Anyway, there we were talking about turnips and swedes, when I realised I had missed a trick.  My turnip picture had four or five vegetables in a bunch, but I had only included a single swede by way of contrast, so next year I must remember to find a picture of a proper bunch.  This, of course, would allow me to ask the class: What do you call four swedes in a row?  Abba!