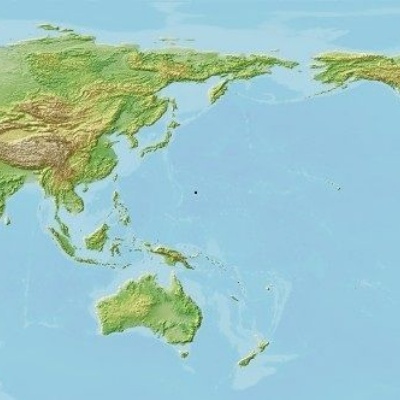 Last week, I attended a lecture by Tim Marshall, the journalist and author who has written a series of books about how geography, flags, and walls and fences are creating problems around the world. Mr Marshall is a very entertaining speaker who provided a thought-provoking evening, highlighting how many borders around the world are now entirely blocked off.

We might be familiar with Donald Trump’s attempts to wall off Mexico from the USA, which will never actually work, apparently, because it is illegal to build on the floodplain of the Rio Grande and quicksand will mean a wall will sink without trace in several areas – a metaphor, no doubt, for something!  We might also know about the wall between Israel and Palestine, which one side views as a prison and the other sees as an essential protection for its people.

Closer to home, the so-called ‘Peace Walls’ continue to divide the protestant and catholic communities of Northern Ireland and the Channel Tunnel is fenced off in Calais to stop migrants from trying to cross to the United Kingdom.  However, this is only the tip of the iceberg.  It turns out that India’s entire border with Bangladesh is fenced off, as is much of Finland and Russia, Morocco and the Western Sahara, and Saudi Arabia and Iraq, among many others.

The argument he put forward was essentially that globalisation may have triggered economic benefits for some, but it has also meant that jobs have been lost in countries that were previously prosperous.  At the same time, patterns of migration are persistently driving people from the poorer south to the richer north, despite the attempts of governments to prevent such movement with a growing number of walls and fences – more have been built this century than at any other time in history.

I read ‘Divided – Why We Are Living in an Age of Walls’ over half term and I would thoroughly recommend it as a way to develop your understanding of some of the challenges we face.  Marshall highlights at one point the work of David Goodhart, who has characterised a major new difference between the people who see the world from Anywhere and the people who see it from Somewhere.

Goodhart argues that the Anywheres dominate our culture and society, doing well at school, going to university and on to a career in the professions that might take them to London or abroad, feeling at home wherever they go – Berlin, Shanghai or Mumbai.  On the other hand, the Somewheres tend to have a much more clearly defined sense of identity.  Like the majority of people in Britain, they live within twenty miles of where they grew up and identify with locality, region and country – they are more ‘rooted’.  Among the Somewheres are many whose jobs have slowly disappeared as a result of the economic changes linked to globalisation and whose working class culture has recently been marginalised.  Goodhart suggests that up to 25 per cent of the UK population are Anywheres, about 50 per cent Somewheres and the rest Inbetweeners.

The historian Simon Schama arguably puts it more simply when he says that we have been on a ride towards a world divided between people who are perfectly happy living with strangers and those who only want neighbours that look, sound or pray like themselves.  He says the latter is so deeply wired to our viscera, our guts, that it has become a monster.

All of this is important in its own right, but it is especially important in schools as we try to instil in our children the skills to deal with the increasingly rapid changes that will impact on their lives.  There are certainly many opportunities out there, but there are dangers as well that need to be addressed, if we are genuinely to be able to develop global citizens for the twenty-first century and beyond.  The challenge, not for the first time, is to work out the most effective way to get these key messages delivered and embedded.