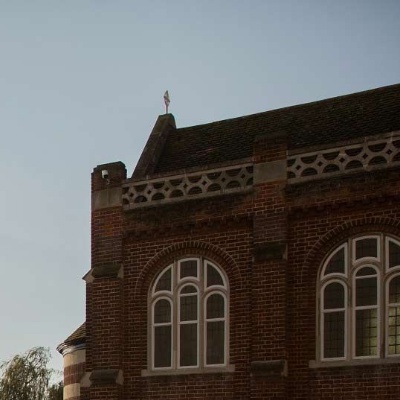 Following on from the last blog, I wanted to share something else that Barry Hymer talked about at the conference I recently attended. He started his keynote talk with a reference to a work by Doctor Seuss that I confess was completely unknown to me. Like many people, I suppose, I am familiar with stories like ‘The Cat in the Hat’ and ‘Green Eggs and Ham’, but I had never heard of ‘Hooray for Diffendoofer Day’. The book is based on verses created by Doctor Seuss before his death and was finished off by another author and illustrator several years later, but I’m sure the good doctor would have been pleased with the outcome.

Hooray for Diffendoofer Day’ tells the story of Diffendoofer School in Dinkerville – where else?!  The staff are not the usual cast of characters you might expect to find in a school, for example ‘Miss Bobble teaches listening, Miss Wobble teaches smelling, Miss Fribble teaches laughing and Miss Quibble teaches yelling.’  The narrator’s teacher is Miss Bonkers, who teaches everything from how to tell a cactus from a cow to instructing why a hippo cannot hope to fly.  ‘She even teaches frogs to dance, and pigs to put on underpants.  One day she taught a duck to sing – Miss Bonkers teaches everything.’

The school has a principal called Mr Lowe, who is clearly in a state of perpetual worry about what is being taught in the school, not least because he fears that the children are not being properly prepared to pass the annual tests that are set by some faceless central bureaucrats.  He tells the children that if they fail their exams, their school will be torn down and they will all have to go to school in dreary Flobbertown.  The children are mortified by the thought: ‘Not Flobbertown, we shouted, and we shuddered at the name, for everyone in Flobbertown does everything the same.’

Fortunately for everyone at Diffendoofer School, it turns out that the idiosyncratic teaching they have experienced has given them everything they need to ace the tests.  Even when they have not seen the exact questions before, they are able to apply their knowledge to solve the problems in front of them.  As Miss Bonkers herself so eloquently phrases it: ‘Don’t fret, she said, you’ve learned the things you need to pass that test, and many more – I’m certain you’ll succeed.  We’ve taught you that the earth is round, that red and white make pink, and something else that matters more – we’ve taught you how to think.’

It’s a lovely story that echoes how so many of us who have worked in education for a while have come to feel.  There is so much we would love to be able to teach children, some of it useful, some of it probably not, but who is to say what is really important and what is just a passing notion?  Dr Hymer summed it up nicely when he said that the answers we think we know today are really only temporary resting places in our current understanding, which is exactly why we need to teach children how to think as well as what to think, for example so they can ask themselves: ‘Where shall I go, which routes do I know and how can I tell when I’m there?’ – a set of questions we could all do with revisiting on a regular basis, it seems to me.