I Think Thinking is So Important, My Lord 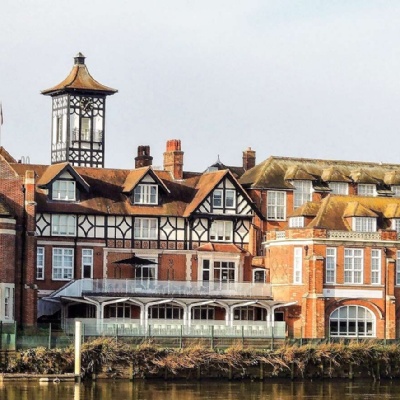 ‘Today I learned to tell the time but I’m not sure it exists.’

There was no blog last week because I was away from school for two days at a conference.  Overall, it probably wasn’t the best conference I’ve ever been to, but I can only begin to imagine how difficult it must be to put together a programme that could come close to pleasing everybody.  There were, however, a couple of real highlights that made the whole exercise worthwhile.

The first was the opening talk by John Lloyd, the producer of some of the finest comedy programmes ever made and latterly the driving force behind QI, through its television series, books and their regular podcasts called ‘No Such Thing as a Fish’.  He is the sort of person I could listen to for hours, with his mixture of anecdotes about many of my comic heroes, his obsession with unearthing new facts and, despite this, his assertion that knowledge is nowhere near as important as the ability to ask the right questions.  He advised us all to read as much as we can, but only to write down what we find interesting, which seems like very good advice to me.

Every week, his own voracious reading creates a digest for the so-called ‘QI elves’ in the office, which acts as a starting point for discussion, debate and output.  Among recent finds, we were told that a hole the size of fifteen Planet Earths has been found on the Sun, 100,000 Japanese people disappear without trace every year and sheep can tell the difference between Fiona Bruce and Emma Watson.  Quite where we will go with such knowledge was not immediately clear, but I suppose that is the point.  The trick now is to ask the right questions to find out more.

The second highlight was a presentation by Dr Barry Hymer, in which he also espoused the virtues of thinking.  He is a firm advocate of teaching philosophy to children of all ages, encouraging them to challenge their perceptions and the received wisdom that comes their way from both their parents and their teachers.  He highlighted a comment from a six year old girl that he felt epitomised the value of critical thinking, when she said, ‘Today I learned to tell the time but I’m not sure it exists.’

The wretched straitjacket of our current curriculum and examination system, with its relentless focus on learning content rather than developing children’s ability to think for themselves, makes it a real challenge for staff to find the time in the syllabus to branch off and allow wider debate and discussion. However, without such opportunities we run a real risk of producing pupils who have plenty of knowledge and no idea what to do with it.

Among my favourite Blackadder moments is in the second series when Edmund is trying to teach Baldrick to count.  After Baldrick fails time and again to add up to four (though, arguably, his answer that four beans make a very small casserole displays exactly the lateral thinking we are looking for!), we get the immortal line, ‘For you, Baldrick, the Renaissance was just something that happened to other people.’  Lord Percy arrives, wearing a huge ruff that Edmund says makes him look like a plate-swallowing bird.  When asked his opinion, Baldrick parrots exactly the same thought, so Blackadder urges him to think for himself.  Blackadder: ‘Thinking is so important, Baldrick.  What do you think?’

Baldrick: ‘I think thinking is so important, my Lord.’

Thank you, John Lloyd, for allowing such genius to flourish and for reminding us of the importance of asking the right questions.