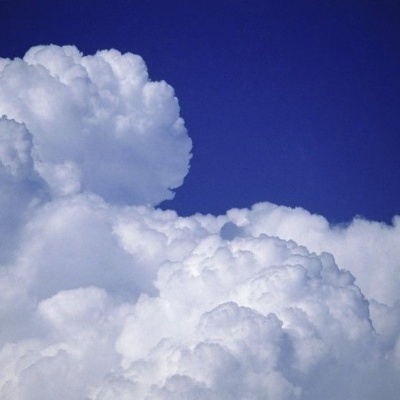 From time to time, usually in the middle of the night, I remember that I have read things in the last twelve months that I have forgotten to share with you.  This might be because I did not think they were as interesting as other bits of information I wanted to highlight, or it might be because there was not enough material around which I thought I could weave a whole blog, or it might be that I simply forgot.  As the joke goes, as I get older I start to think more about the hereafter.  I go into rooms all the time and ask myself, ‘What did I come in here after?’

Given recent meteorological dramas, let us start with the magnificently named Tristan Gooley and his book ‘The Secret World of Weather’.  My wife bought this for me for my birthday last summer.  I think it was her way of trying to show she understood my narrow range of interests, which essentially revolve around the exchange rate between the pound and the euro (for reasons I’ll explain another time), the news headlines and the weather.

Geography never struck me as very interesting when I was at school, but I do remember learning about octas in relation to cloud cover and just about being able to tell the difference between cirrus and cumulus clouds.  Those of you old enough to remember the Fast Show and the Channel 9 News may share my love of the ‘Meterologikos mit Poula’ section, particularly the day that a cloud is spotted – ‘nimbo cumulus’ – sparking a national outcry.

I started ‘The Secret World of Weather’ with my usual optimism that it was going to be a game-changer in my understanding of the skies, but it was not to be.  I think it is my poor sense of spacial awareness that makes it hard for me to grasp concepts involving shapes and anything that requires thinking about three dimensions.  Whatever the reason, I did not end up writing much of Gooley’s wisdom down and my forecasting skills have not improved to any noticeable extent.

There were, however, a few gems worth sharing.  For example, the author highlights that weather forecasts have often gained a bad name, and it started early.  Robert FitzRoy, a nineteenth-century vice-admiral in the Royal Navy, was a weather pioneer and the person who first coined the word ‘forecast’.  His reward for attempting to forge new methods in a difficult area?  The public bombarded him with criticism following any incorrect forecast, which he found hard to bear, to the point where he grew depressed and took his own life in 1865.  A small consolation came in 2002 when the Met Office reclassified the sea areas in the shipping forecast and named one in memory of his efforts.

I liked the pun in the story of an American man who was convicted of murdering his wife in 1986 when a forensic meteorologist was able to prove that his alibi was false because there was no dew on his car, despite it having been a cold clear night.  The true crime documentary of this story was titled ‘Dew Process’.

There was also some useful debunking of various folklore tales, for example explaining that there is no scientific evidence to back the claim that cows lie down when it is about to rain.  Some people say they may be trying to keep a patch of grass dry, but Gooley says this seems unlikely.  It is just as possible that they are lying down to chew the cud.  They also tend to lie down more in the afternoon, which is when most showers fall anyway.  But cows do congregate in sheltered zones, up against trees or in field corners, before and during gales, with or without rain, which is presumably what they have been doing a lot recently.

In what looks suspiciously like a ‘blog of two halves’, I will conclude my ramblings with a round-up of a few points left over from last week, where I was singing the praises of John Kampfner’s ‘Why the Germans Do It Better’.  When talking about the success of the German economy, the author highlights that almost eighty per cent of German GDP is derived from family businesses, with two thirds of successful global ‘Mittelstand’ companies based in places with fewer than fifty thousand inhabitants.  As most of us are aware, German productivity has been the object of envy for years, not least from the British, who work some of the longest hours.  In 2017, business secretary Greg Clark noted that, ‘It takes people in Germany four days to produce what people in the UK take five days to produce.  And that means they can pay themselves better, or they need to work fewer hours.  This is a long-standing challenge of the British economy.’

Although there should be no place for nationalism during a pandemic, Kampfner objectively points out that Germany had a total of 28,000 intensive care unit beds, against Britain’s 4,100 in March 2020, and the difference was similarly stark in terms of staffing.  For every 1,000 people, Germany had 4.1 doctors, compared with the EU average of 3.5 and the UK’s 2.8.  The figure for nurses was 13.1 per thousand in Germany versus 8.2 in Britain.  It is hard to disagree with his conclusion that behind these dry statistics lie stories of care delivered well in Germany and not so well elsewhere.

Finally from this very enjoyable book, British architect David Chipperfield recently talked about the importance of the public realm in Germany: ‘It is refreshing that architecture is subject to such robust debate here,’ he said, lamenting the lack of such discourse in Britain.  ‘They really hold your feet to the fire, which is painful at the time, but the work is better for it.’  He added: ‘Clearly the war and the fact that Germany had to reconstruct itself spiritually as well as physically means it is a much more reflective society than ours.  Ours is a success-based culture, whereas here there is a lot of discussion of what things mean.’

I have just finished another epic historical tome, ‘Devil-Land’ by Clare Jackson, my thoughts on which I will share in due course.  But if we want evidence that nothing much actually changes, particularly with regard to the way we see our place in comparison to other countries, Jackson makes several references to the way foreigners viewed us when they visited in the seventeenth century.

For example, she highlights how the Protestant Huguenot Maximilien de Bethune, after arriving in England in 1603 to congratulate the new king James I on his accession to the throne, wrote: ‘No nation in Europe is more haughty and disdainful, nor more conceited in an opinion of its superior excellence.  Inclined to adore all their own opinions and despise those of every other nation, the English have contracted all the instability of the element by which they are surrounded, namely water.  Any future French ambassador must therefore be someone of understanding and authority, who may compel them to hear him, and force them to be reasonable.’

I wonder how he would think that is going in 2022?