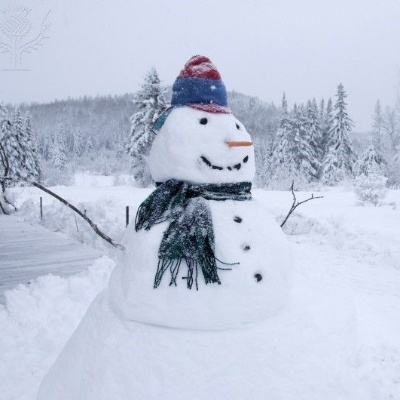 It is usually relatively easy for me to remember conversations I have had with people and what I have told them.  This is not because I have some particular gifts of memory or insight, but more likely because I only have a finite resource of material on which to draw.  However, this does mean that for the most part I do not tell the same person the same story twice, or at the very least I am conscious that I may be doing it and give due warning that this may be a repeat.

I can think of several people I know, who will need to remain nameless here, who are quite incapable of such filtering and who often repeat the same tale, sometimes on multiple occasions.  I struggle to imagine what must go on the minds of such people, if anything does, but I am too polite to stop the anecdotes in full cry and scream, ‘I know, because you’ve already told me that several times.’

From a quick calculation, it looks like this is the one hundred and first blog I have written since I started doing it in earnest in January 2018.  One or two may not have been uploaded along the way, so I do not think it is time for anniversary celebrations or such like, but it means that I think I may have a reasonable excuse for repetition when it occurs.  I know that I have from time to time used a story or a cultural reference more than once, but on the whole I think I have done a reasonable job of providing variety.

At a recent online marketing seminar, we were encouraged as heads to find our own voice in the way we communicate, whether that be to pupils, staff or parents – the latter being both those with children already at the school and those who may wish to join in the future.  Telling people how I see things has never been a problem for me, getting me into trouble from time to time for being too honest and creating a bit of a Marmite attitude towards me.  If I have an authentic voice, it is probably that of a grumpy old man, which is about right, I suppose, though I hope there is also at least a glimmer of optimism in what I write and say.

During the virtual taster day that we produced for prospective pupils at the weekend, one of my colleagues said that he thought my favourite phrase was that a rising tide lifts all boats.  I do indeed like this one, though it was said about what happened in one of my lessons by another colleague, so this is very much adopted into my vocabulary.  My observation that a situation is nowhere near as complicated as it is being portrayed, by remarking that the solution is not rocket science, is a more regular expression, and this is clearly the trick I missed last week when I managed to write a whole piece about space travel to Mars without using the phrase – d’oh!

Many of you may know Professor Mark Bailey, formerly the High Master at St Paul’s School and now a director at Dukes Education.  Several years ago now, we shared a train ride across the Pennines, always an experience in itself, from Liverpool to Leeds, after what could only be described as a surreal annual conference for HMC heads at the Adelphi Hotel, at which about ten times as much energy and effort were devoted to moaning about the accommodation and food as to discussing the educational wellbeing of those in our care by the so-called great and the good of the public school system.

In last week’s newsletter to heads and senior leaders in the Dukes group, Professor Bailey found his own voice perfectly when talking about the recent cold weather.  He recalled the time when the first ‘Beast from the East’ hit London in 2018, returning from a meeting to find that a light covering of snow had settled on the ground and the Deputy Head at St Paul’s had sent everyone home early as a precaution.  When the deputy asked him what used to happen when he was head of the Grammar School at Leeds, his pithy reply was that they just put on their big coats.

He went on to highlight that there are many benefits to online teaching, with IT competency and capacity probably moving forward five years in just one.  Pandemics, like wars, accelerate existing trends, and the range and quality of online resources, the capability and ingenuity on interactive screens, and arguably the improved focus of some adolescent males now they are denied a captive class audience, are all among the articulated benefits.  There are, however, two problems with online teaching.  The first is the tendency for the willingness of pupils to contribute to lessons, and especially to switch on their webcams, to decline dramatically with their rising age, and the second is the potential demise of the day off school for snow.

There was not enough snow here to consider closing the school, even if you can actually close a school that is already closed, but there was enough near Professor Bailey’s home to offer a dilemma to heads there.  One school apparently declared that online lessons were suspended for the day and gave the explicit encouragement for pupils and staff to revel in an old-fashioned snow day, albeit while reminding people, probably tongue in cheek, to observe the government’s guidelines for Covid snow protocols.  The announcement was apparently met with delight, and exhausted staff had a little relief in the run-up to half term.  The worst that happened was that some pupils pulled down a snowman in the nearby park on suspicion that it might have had historic links to the slave trade!

Another head was exhorted by his staff to do exactly the same, but he declined on the grounds that safe distancing would not be possible in the snow and the prospect of a mass snowball fight among his pupils in a public location nearby would not be good public relations.  As Professor Bailey highlighted, both responses are entirely plausible, while reflecting two widely divergent interpretations of risk, reputation and welfare in the teeth of the disease. There were the same challenges and the same guidelines, yet the responses were very different.  As a wise man once said, ‘Crises and stresses are perfect at revealing the colour of the inside of people’s heads.’

I laughed out loud at the conclusion to his piece, when he recounted asking a Finnish student at the University of East Anglia, where he lectures in medieval history, what they call the Beast from the East in Finland.  The reply?  ‘Wednesday.’