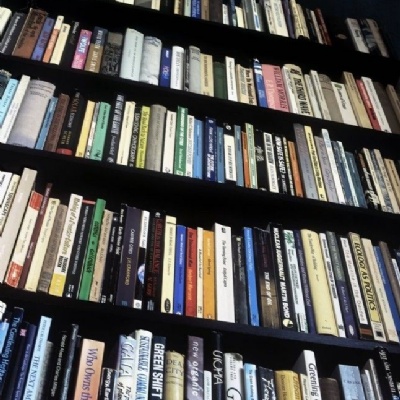 It turned out to be a very quiet Christmas in the Wideman household, with positive Covid tests meaning a lot of enforced self-isolation.  Looking back, I am not quite sure what I did to fill the time, but several hours each afternoon were dedicated to reading Antonia Fraser’s biography of Oliver Cromwell – ‘Our Chief of Men’, as the poet John Milton described him.  At nearly 900 pages, it was quite an effort to get through it, despite it being thoroughly researched and very well written.

There was certainly plenty of detail, with it feeling at times as if almost every day of Cromwell’s life was being described by the author, but I have always struggled to bring myself to abandon a book once I have started it, so perseverance was the key and I was able to feel a sense of achievement when I finally got to the end.

Fraser could definitely not be accused of failing to give Cromwell the benefit of the doubt in her judgements, with even his most notorious acts of brutality in Ireland at Drogheda and Wexford being justified as necessary acts of war to reduce future bloodshed and avoid further conflict.  The same has been said about the dropping of the atom bombs on Japan in 1945, and I am not convinced that either claim stands up to close scrutiny.

Cromwell is a divisive figure and I have always struggled to work him out.  While I can see the shortcomings in the dogmatic and inflexible approach to ruling pursued by Charles I, backed by the notion of the ‘Divine Right of Kings’, which ultimately caused his downfall, Cromwell in many ways seems much more complicated.  Clearly a military leader of considerable ability, and so often capable of swift and decisive action, not least in the ruthless nature of the king’s trial and execution, it feels as if he was incapable of taking the country in a different direction when he had the chance.

Whether he suffered from some sort of mental illness that left him paralysed by indecision, or whether his desire for compromise once he was in power left him unable to force home his ideas, it seems difficult not to lay the blame firmly at his door for the failure of the only republican experiment in our history.  He was not alone, of course, in knowing what he did not want but being unable to articulate effectively what he did want, but it is hard not to conclude that his political career was so much less impressive than his military one.

My other read during the break was also not an easy one, for very different reasons, but it was a fascinating mix of the incredibly bleak and the power of resilience.  ‘A Woman in Berlin’ was credited to an anonymous author when it was first published in the 1950s, for reasons that quickly become apparent when I tell you that the book focuses on events during the capture of Berlin by Soviet forces between April and June 1945, and in particular the way that women and girls were treated as a legitimate reward for the victorious soldiers.

The book’s editor explains that when it was first published in the German language in 1959, in Switzerland not Germany, German readers were obviously not ready to face some uncomfortable truths, and the book was met with hostility and silence.  One of the few literary critics who reviewed it complained about what he called the author’s ‘shameless immorality’.  German women were not supposed to talk about the reality of what happened to them; and German men preferred not to be seen as impotent onlookers when the victorious Russians claimed their spoils of war.  He makes the point that the author’s attitude was seen as an aggravating factor: devoid of self-pity, with a clear-eyed view of her compatriots’ behaviour before and after the Nazi regime’s collapse, everything she wrote flew in the face of what he called ‘the reigning post-war complacency and amnesia’.  It was little wonder the book was quickly relegated to obscurity.

The author was named as Marta Hillers, but only after her death in 2001, aged ninety.  Despite everything that happened to her and the people she knew, the overwhelming sense was that she had as much control as could be hoped for in such circumstances, and that she was determined to survive and emerge from such ordeals without losing everything.  Some of her perspectives feel like they could have been written yesterday rather than nearly eighty years ago.

For example, she wrote in her diary, ‘These days I keep noticing how my feelings towards men are changing.  We feel sorry for them; they seem so miserable and powerless.  The weaker sex.  Deep down we women are experiencing a kind of collective disappointment.  The Nazi world – ruled by men, glorifying the strong man – is beginning to crumble, and with it the myth of ‘Man’.  That has transformed us, emboldened us.  Among the many defeats at the end of this war is the defeat of the male sex.’

This paragraph struck me as especially modern in its perception: ‘I can’t help thinking of a debate I once had with a very smart Swiss woman, in which I countered every scheme for improving the world by insisting that the sum total of tears always stays the same – i.e. that in every nation of the world, no matter what flag or system of government, no matter which gods are worshipped or what the average income is, the sum total of tears, pain and fear that every person must pay for their existence is a constant.  And so the balance is maintained: well-fed nations wallow in neurosis and excesses, while people plagued with suffering, as we are now, may rely on numbness and apathy to help see them through – if not for that I’d be weeping morning, noon and night.’

Towards the end of the book, she reflected, ‘All I know is that we Germans are finished.  We’re nothing but a colony, subject to their whims.  I can’t change any of that; I just have to put up with it.  All I want to do is steer my little ship through the shoals as best I can.  That means hard work and short rations, but the old sun is still in the sky.  And maybe my heart will speak to me once more.  One thing’s for sure: my life has certainly been full – all too full!’  She was not yet thirty-five at this point, with nearly sixty years yet to live.

It seems reasonable to conclude that sometimes reading is not a simple pleasure, and you may have to endure as much as enjoy.  However, despite not enjoying either of these two books in the conventional sense, I learned a great deal from them, and I certainly relished having my perspectives challenged so significantly in between the familiar comforts of the festive season.