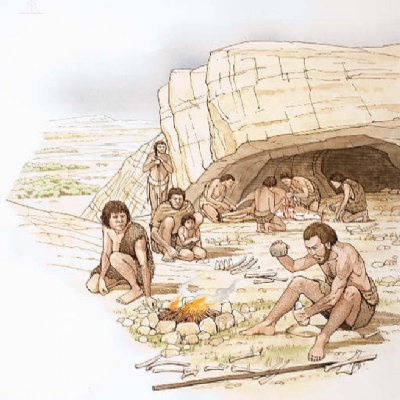 As regular readers will know, a few years ago I saw John Lloyd, the radio and television producer, give a talk at a conference.  One of his best known projects is QI, the long-running television series that enlightens us week after week with unusual facts and information about our world.  I confess that I tend not to watch it nowadays, probably because I watched it too much when it first started, or perhaps because the seemingly infinite options of Netflix, Amazon Prime and Apple TV provide too many other distractions.

Lloyd’s speech was as witty and erudite as you might expect, but the piece of advice that has stayed with me was to read as much as you can, but only write down what you find interesting.  When I look back at the various documents I have accumulated over the years, I can trace their evolution from rather chaotic jottings in the early days to something rather more coherent and organised nowadays, and I am fairly sure that if I could pin down a date when things changed, it would be when I heard John Lloyd.

I am always humbled when people tell me they enjoy reading what I write, whether it is the bulletin we send out each week or these blogs.  I appreciate that I am often guilty of too much verbiage, but this is usually because I am so enthusiastic about what I am writing.  And while I do not wish to appear old-fashioned or out of date, I worry that reducing everything to a limited number of characters, on the grounds that people have less time and/or less ability to digest information nowadays, is pandering to a stereotype and is subject to challenge.  There does not seem to be any harm in forcing people to scroll down from time to time, but only if the writing justifies it, of course.

A couple of people recently have even gone as far as to suggest I should write a book to share my thoughts more widely.  This is deeply flattering, but such a project is very unlikely to happen, mainly because the notes, index and acknowledgements would run to about twice the length of the book itself.  There have been one or two occasions in the past when I have sat down at a blank screen and thought about what I might say, but each time I realise that the simple answer is ‘nothing original’.

If I have any literary skill at all, it is to be able to synthesise other people’s ideas into some sort of coherent summary, but this almost certainly involves far more direct plagiarism than would be allowed by any publisher.  Writing for a school-based audience, and always seeking to give appropriate credit to the authors whose ideas are featured, I think I can just about get away with it, not least because I imagine a few of them will have benefited from a few increased sales on the back of one of my recommendations.

The historian James Hawes once wrote that it may be best to think of Karl Marx as a top-class journalist who was often strikingly insightful about the immediate past and the present, but almost always entirely wrong about the future.  If Mr Hawes were to examine my work, he would probably say that it may be best to think of Darryl Wideman as a reasonable summariser who was occasionally insightful about the juxtaposition of ideas, but otherwise really had very little to contribute to any meaningful debate.

When I read a book, following John Lloyd’s advice, I only write down what catches my attention.  For example, recent reads about the weather, the life of trees and a type of psychology called the ‘scout mindset’ did not really grab me, the notes from each running to only two or three paragraphs.  At the other end of the spectrum, I have just realised that my notes from David Mountain’s ‘Past Mistakes: How We Misinterpret History and Why It Matters’ run to nine pages and about 5,500 words.  If each blog is about 1,300 words, I could still be explaining why I found this book so engaging as we head towards Christmas – hence the title of this week’s offering.

From the outset, I was hooked, for example when Mountain sets the context by saying that it is impossible to deny the role of history in shaping our perceptions of society, both past and present.  When we get our history wrong, it can have far-reaching and unexpected consequences for how we view ourselves and make sense of our world.  After over thirty years teaching the subject, how could I possibly disagree with him when he writes: ‘History, whether we like it or not, has an annoying habit of being relevant.’

There is an archaeological site in Turkey called Göbekli Tepe, which translates as ‘Potbelly Hill’, and which apparently drives a coach and horses through every theory that has previously been developed about the primitiveness of prehistoric sites and the timelines that self-proclaimed experts drew up to show what they perceived to be the inevitable march of progress over time.  This is linked to what Mountain describes as the contempt of these experts for hunter-gatherers, surviving today in the familiar stereotype of the knuckle dragging, club wielding caveman.  He does not mince his words when he identifies what he calls ‘the unmistakeable stink of white supremacism’ that still lingers in the iconic ‘evolution of man’ image, which almost always depicts a line of dark, shambling apes evolving into upright, light-skinned men.

Unsurprisingly, he goes on to say that the stereotype of the club wielding caveman is undoubtedly overdue a makeover.  For one thing, no archaeologist has ever found a prehistoric club.  For another, very few of them are thought to have lived in caves, and even then only as a temporary measure.  Our prehistoric ancestors generally preferred to live in their own huts and houses, which had the distinct advantage over caves of not being inhabited by bears and hyenas.  Archaeologists often dig in caves, however, because their sheltered environments preserve remains and artefacts much better than the exposed outdoors.  Images of cavemen with clubs, like Vikings with horns on their helmets, are usually due to the vivid imaginations of Victorian book illustrators, and have no basis in reality.

Perhaps recent events have shaken our belief in inevitable progress, but the notion continues to influence our understanding of the world more than we might care to admit.  As Mountain points out, how often do we hear of a politician’s ‘unstoppable rise’ or ‘inevitable fall’?  Or of the ‘steady march of history’?  How often do we describe especially violent or cruel acts as ‘medieval’ and express our shock that such things could happen in the 21st century, as if violence and cruelty were stages of human development that we have since outgrown?

He notes that we talk of ‘forward thinkers’ and people ‘ahead of their time’, assuming that human thought can only develop in one predetermined direction.  History books relate such events as ‘Britain’s last execution’, with the clear implication that we could never revert to such practices having abandoned them once before.

Starting as far back as prehistoric times, which gives you the clue that we have a long way yet to travel on this one, I will bring this week’s appetiser of Mountain’s work to a close with his observation that archaeology has one other important lesson to teach us: never take the past for granted.  It is unpredictable, exciting and shows absolutely no respect for people’s pet theories – and it’s all the more fun for it.  It therefore turns out that history is both relevant and fun, which of course is why many of us think it is the most important subject on the curriculum!