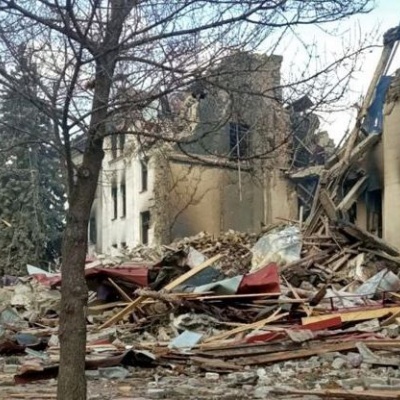 As well as trying to instil a love of history in my pupils when I am in the classroom, I have always felt it my duty to impart wider wisdom wherever possible.  Having taught all the Year 7 and Year 8 classes for a few lessons in recent months, my top tip just now is probably to avoid saying ‘like’ every other word when answering questions, which is a habit I find as hard to understand as I do to tolerate.

Another regular piece of advice is not to start an anecdote by saying, ‘This is really interesting’, or to start a joke with, ‘This is really funny.’  It has always struck me that it is better to recount information and stories without an introduction that might raise expectations unduly and to let the audience decide whether they are interested or amused – which is why I just write these blogs and let other people decide how they feel about them.

During a visit to the Edinburgh Book Festival last summer, I enjoyed a discussion between Ed Milliband, who was plugging his new book ‘Go Big: How to Fix Our World’ and someone previously unknown to me, the Turkish journalist Ece Temelkuran, whose latest book is called ‘Together: 10 Choices for a Better Now.’  I may get round to Mr Miliband’s thoughts in due course, but it was Ms Temelkuran’s book I chose to purchase in the bookshop afterwards.

The ten ideas to choose were as follows: faith over hope; the whole reality; to befriend fear; dignity over pride; attention over anger; strength over power; enough over less; the reef over the wreck; friendship; and to be together.  Not surprisingly, the book was divided into ten chapters, each of which allowed the author to explain her arguments in more detail, some of which I found to be persuasive, others perhaps less so.  However, as always, I just note down the parts of books I find interesting without worrying too much about the big picture.

I could not have known at the time that the author’s experiences with friends and family members who have fled from other countries would provide such an acute insight into the life of the refugee, a concept that has developed an understandably sharp focus in the last month.  For example, Ms Temelkuran explained that if you take refuge in a foreign land, the most curious deprivation that comes with your new life is that nobody asks for your help any longer, because it is mentally and emotionally more manageable for the native people to see the refugee or the exile as only the receiver of help.

She said that welcoming a refugee with basic needs is always more manageable for the hosting society than accepting the fact that they might be welcoming into their space a real person, a new life.  The temporary fulfilment of that individual’s basic needs is less terrifying than imagining the refugee as a new and permanent member of their society.  As the victim, who is only to be helped, dignity is damaged in a way that is hard to describe.  The refugee learns that there are infinite ways of not recognising a person’s worth.

Our country’s response to Ukrainian refugees has been interesting to watch.  Our ministers and officials looked once again to have been caught out by the speed of events at the start of the war – though at least no one was drinking pina coladas on the beach this time – and their initial response was widely derided as wholly inadequate, not least the suggestion that visas might be granted for fruit-picking and other seasonal work.

Perhaps embarrassed by the generosity of other European countries, and the seeming shambles of the visa system, a hastily devised payment scheme was implemented, leading to an impressive public response.  However, there looks to be a question here about why we are prepared to implement such schemes for Ukrainian refugees when the response to others fleeing conflicts further afield has been even less enthusiastic.  I do not recall Syrians, Yemenis or Afghans being offered accommodation in people’s homes in exchange for money, for example.

It will need a later blog to explore the ideas in Ms Temelkuran’s book in more detail, but there is room here to focus on the author’s overarching idea of ‘Together’, which she explains is a political proposal as well as a moral one.  ‘What I see in the world today is that the conventional political institutions are too damaged to offer a solution to the challenges we are facing.  Both national and international institutions have lost the last residue of their prestige, not to mention their already problematic moral high ground.’

She goes on to say that whatever we have witnessed as a positive political event in recent decades has come from new political organisms, movements developing around the old ones or outside of them, and we all know that these political movements have not sufficed to cure the system.  However, they have all changed our perception of the world and ourselves.  They have created new moral and political triangulation points to help us sense a new direction in history.  Using a medical analogy, she highlights that they have neither been as decisive as penicillin nor as invasive as surgery.  They have operated rather as antibodies, helping us to at least survive the disease so far.  What is true of all these political events is that they happened when we came together.

The book’s conclusion is that ‘together’, therefore, is the only word that might be dangerous that the author is choosing to include as an ingredient in this new political and moral antibody.  However, she says that her choice is to no avail unless our word is the same.  ‘For it is, perhaps surprisingly, at moments when the word seems at its most dangerous, that coming together feels most inevitable.’

This book was written before the war in Ukraine, but it shows that sensible and forward-thinking solutions can be applied to new problems as well as old.  The unity that has been shown in opposition to Putin’s invasion may not prove to be lasting, but events in the last few weeks have demonstrated that there is a power in togetherness that is lacking in isolation.  I remain convinced that we rarely, if ever, learn any real lessons from history, but it just might be possible that we have reached a genuine turning point in the unity of our opinions about what has happened and our determination to stop it happening again.