The Dangers of Nationalism 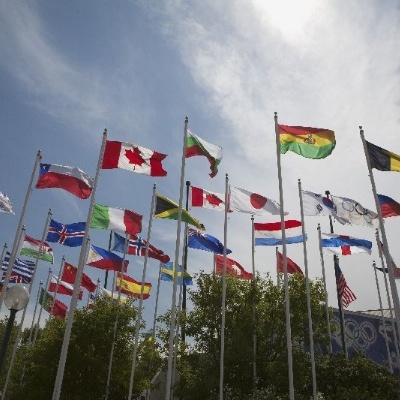 Nationalism is the sort of word that provokes a full range of responses, from exuberant enthusiasm to deep negativity.  It is also a word that can be manipulated in a myriad ways to suit the purposes of politicians, historians and commentators from Moscow and Kyiv to Edinburgh and London.  As David Mountain highlights in his book ‘Past Mistakes’, nationalism has weaponised history in a way never before seen.  It encourages people not only to celebrate and preserve the past but to demonise and destroy it as well.  Libraries have been built, and burned to the ground, in its name.  Archaeological sites have been discovered and subsequently demolished in bursts of nationalistic enthusiasm.  All too often, innocent people have been caught up in these conflicts.

As regular readers will know, ‘Past Mistakes’ has featured in these blogs over several weeks, mostly because I found it so interesting and ended up writing down so many notes from it.  This week, the debate broadens from looking at specific individuals to consider some broader themes.  Mountain’s analysis of the concept of nationalism is both perceptive and thought-provoking, which always strikes me as a good combination.

As the author points out, the first history lessons many of us are taught are about our own country’s history.  At school, we learn of our nation’s kings and queens, presidents or prime ministers, of births, deaths, battles and disasters.  It is a subject many of us return to once we leave school.  Bookshops team with national histories.  Documentaries focus on key events from our country’s past.  Dates such as 1066, 1649 and 1945 stay with us – even if their significance does not.

Not surprisingly, because the Victorians and their contemporaries further afield continue to have much to answer for, the fact that we learn history this way – indeed, the fact that we learn about history at all – is largely thanks to the pioneering work of nationalist historians of the 19th century, who did much to promote the popularity of history and archaeology.  Although it is common nowadays to regard nationalism as an outdated ideology or a mere expression of discontent, this risks overlooking the enormous influence it has had in shaping the modern world.  The movements for national sovereignty and independence that came to dominate the 1800s not only gave us a world of nations, but sparked a widespread interest in national history that has stayed with us ever since.

In some respects, Mountain argues, this is a good thing.  The study of our country’s past is not only fascinating but provides us with crucial context for understanding the machinations of modern politics – of which there are many.  There is, however, a more questionable side to nationalism’s legacy.  In their eagerness to use history to foster national identity and pride, few nationalist historians were willing to let facts and evidence get in the way of a good story.  As a result, many of our beloved national histories are riddled with inaccuracies, anachronisms, exaggerations and outright lies.  He urges us to forget for a moment what we think we know about the past: Boudicca was not English, the Gauls were not French and the ancient Egyptians were not Egyptian.

Nationalism and national history proved as staunch an ally for established states as it did for emerging ones – if not more so.  By emphasising the similarities between their present regimes and their countries’ glorious national pasts, conservative governments used history to promote continuity rather than revolution.  By stressing national unity and integrity above all else, they could condemn protesters as divisive antagonists who did not have the national interest at heart.  And with the apparatus of the state at their disposal, they were able to instil their state-approved version of nationalism into their citizens and subjects, an approach that is still pervasive today.

The introduction of compulsory education throughout much of Europe in the 19th century meant that children could be taught the importance of patriotism and of the willingness to fight for one’s country – a theme very much to the fore as we head towards Remembrance Day.  The instigation of mandatory military service throughout much of Europe around the same time allowed the state to drill similar ‘cultural education’ lessons into the continent’s peasantry, instructing them to place the nation above all other interests – self-preservation included.  Meanwhile, the growth of nationwide media, communications and transport – newspapers, telegraphs, steam engines and the like – made it easier for compatriots to envisage themselves as members of the same national community.

The author goes on to say this all meant that, by the dawn of the twentieth century, nationalism had triumphed across the political spectrum.  Within the space of a century it had ballooned from an obscure middle-class interest into the lingua franca of politics.  Conservatives and liberals, monarchists and republicans, all found the nation and national history to be the most captivating way of expressing their ideas and garnering support.  Even the staunchly anti-nationalist communists would eventually give in, transforming themselves into die-hard patriots by the outbreak of the Second World War.

These historical narratives become even more far-fetched when you consider how young most countries are.  Nationalism was not so much the reawakening of ancient nations as it was the deliberate creation of them out of scraps of local culture.  Consequently, most countries today have remarkably recent origins.  A look at a world atlas from the turn of the 20th century shows how much the world has changed politically in little more than one hundred years.  Turkey, Mongolia, Pakistan, Bangladesh, Belarus, Indonesia and dozens of other countries are nowhere to be found.  Central and Eastern Europe are home to just seven sovereign states, as opposed to today’s twenty-two.  Much of Africa is unrecognisable, with a handful of colonial powers dominating a continent that today is home to fifty-four countries.  Indeed, more than half the world’s countries are less than one hundred years old, and the majority of African countries are just sixty years old – younger than their average head of state.

In 1945, our planet was home to just fifty-one sovereign states.  Today that number has nearly quadrupled.  In 2020, the United Nations recognised 193 national states, and there are many more unrecognised nations – such as Catalonia, Kurdistan and Transnistria – vying for the distinction.  The concept of the nation remains central to 21st century politics.  ‘Nationalism is the mainstream,’ says the political theorist Tom Nairn, ‘and it is time we recognised that fact.’

National histories, in short, are some of the most confusing compilations of fact and fantasy ever assembled.  As the historian Christina Bueno succinctly put it in 2016, ‘National histories are inventions.’   It is the inevitable result of forcing the past to serve a political purpose, of making it tell a feel-good tale rather than the truth.  These distortions can only come at the expense of academic rigour and intellectual honesty.  The more patriotic the past becomes – the more it is forced to fit an inspiring national narrative – the less room there is for historical complexity and nuance.  ‘To get one’s history wrong,’ sighed the French historian Ernest Renan in 1882, ‘is an essential factor in the making of a nation.’

As Mountain concludes, nationalism ultimately likes its history lessons a little too trim and tidy.  History is a mess, he reminds us.  How could the records of billions of people over thousands of years be anything else?  Those neat national narratives we learn at school – those lists of kings and queens and presidents and prime ministers – do their best to hide this fact, but they can only do so at the cost of the complexities and ambiguities of the past.  Such a price is rarely, if ever, worth paying.