The Learners Inherit the Earth 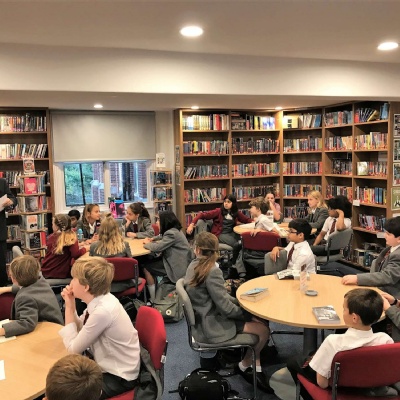 Sir James Dyson once said that the most important quality he looks for in people coming to work for him is the willingness to try, fail and learn. He loves such spirit, which he sees as being all too rare in the world today, and which is perhaps not surprising given the narrowness of the curriculum that schools are forced to deliver and the restricting straitjacket of the current examination system, of which we are reminded all too clearly at this time of year.

Learning is the process of moving people to the edge of their comfort zone and then forcing them to go further.  This can create stresses and tensions, but it needs to be pursued relentlessly, not just in schools but in all walks of life, if genuine progress is to be made.  This will involve failure as well as success, false starts as well as clear paths and backward steps as well as forward strides.  I notice this is Matthew Syed’s second appearance already in these blogs, but I find many of his arguments compelling, not least when he says that we have to transform the notion of failure, to conceptualise it not as embarrassing, but as bracing and educative.  We must instil in our children the notion that failure is a part of life and learning, and that the desire to avoid it leads to stagnation.  He advocates  praising each other for trying, for experimenting, for demonstrating resilience and resolve, for daring to learn through our own critical investigations, and for having the intellectual courage to see evidence for what it is rather than what we want it to be.  He says that if we only ever praise each other for getting things right, for perfection, for flawlessness, we will insinuate, if only unintentionally, that it is possible to succeed without failing, to climb without falling.  He urges us to challenge this misconception, in our lives and in our organisations, which seems to me to be very much a challenge worth accepting.

We hear more and more about how we have to prepare our children for a future that will change faster than we can imagine and where what we are trying to teach them now will soon be out of date.  Then again, I used to watch ‘Tomorrow’s World’ back in the day and I’m pretty sure they said by now we’d be living a life of permanent leisure, travelling through cities on monorails and colonising hundreds of other planets, so I take the doom-mongers’ warnings with a pinch of salt.  However, I also remember the words of American philosopher Eric Hoffer, who said, “In an age of great change, the learners inherit the Earth, while the knowers are beautifully equipped to deal with a world that no longer exists.”