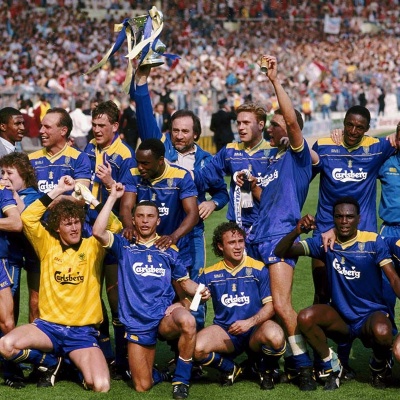 A lot has happened in the twenty-five years since I last saw the Crazy Gang of the old Wimbledon FC play, the most significant of which was the club’s demise, the launch of a franchise team called MK Dons and the founding of AFC Wimbledon – most of which happened in the first few years of this century, i.e. at least fifteen years ago. However, given the bitterness that came through in the songs and chants that rang out throughout the match I went to see recently, you would be forgiven for thinking it all happened last week.

I have many happy memories of standing on the terraces behind the goal at Plough Lane in the 1980s, welcoming the biggest clubs of the day to the tiny ground and often sending them away with their tails between their legs, as the likes of Dave Beasant, John Fashanu and Vinnie Jones kicked, elbowed and shoved their more illustrious opponents off the park.  It was never pretty, for sure, but it was good fun to watch if you were a Wimbledon fan and worth remembering that the team regularly finished in the top half of the First Division, and then the Premier League as it became.  We often borrowed the Millwall chant in those days: ‘No one likes us: we don’t care’, and we cared even less when we won. 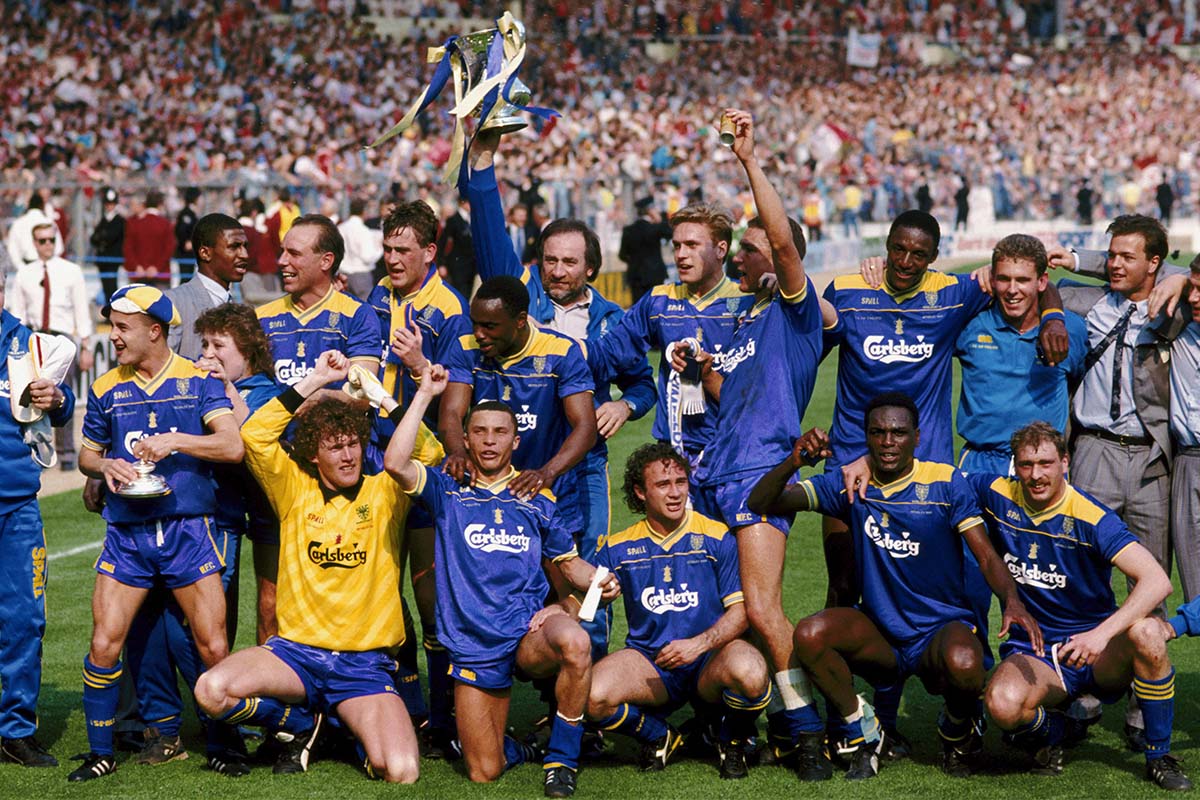 So on a warm and sunny Good Friday afternoon, it was with a sense of excitement and trepidation that my friend and I set out for the match at Kingsmeadow in Norbiton, not entirely sure what we would find and whether it would all be worthwhile.  We had tickets for what is rather unromantically called the Chemflow End (so many jokes, so little time!), which turned out to be a low terraced stand of about a dozen tiered steps occupied largely by teenagers.  It felt a bit like an unruly sixth form common room, but we found a good spot almost directly behind the goal and we waited for the entertainment to begin.

About ten minutes before kick-off, the singing started and, unusually in my other experiences of watching football, it didn’t stop.  I had assumed that once the match was underway everyone would turn their attention to the game, discussing the tactics, the players and, of course, the presumed bias or incompetence of the referee.  There was some of this, interspersed all too predictably with some appalling bad language, which was probably only to be expected, but which nevertheless felt excessive at times.  There was, however, no overt racism and, for all the earthy Anglo-Saxon vocabulary, the atmosphere was entirely benign.

The song that was repeated most was essentially a tribute to the various AFC Wimbledon players on the pitch, the tune to which remains lodged in my brain nearly a fortnight later, even if the words were never quite clear enough to pick up properly.  However, what struck me the most was the bitterness of other songs and chants that highlighted what the supporters perceived to be the betrayal of the club’s owners in selling out to the ‘franchise’, as the MK Dons set-up was only ever called.  Bearing in mind that most of the supporters around us can hardly have been more than toddlers when it all happened, it was interesting to see how the hostility was being passed down from generation to generation.  If something as relatively insignificant as a change of location of a football club can cause such sustained anger, it is little wonder that much more powerful religious or territorial disputes can endure for hundreds or even thousands of years.

It was not all negative, thankfully.  There was great pride in AFC Wimbledon’s rise from its founding in 2002 to the football league in 2011: ‘It only took nine years, it only took nine years, it only took nine years…’ etc.  There was also a throwback to when Londoners used to mock the supporters of northern teams by waving money at them and pointing out that employment prospects and wealth were more prevalent in the south.  Most of it is unrepeatable and in very poor taste.  However, when one of the verses of comparison started: ‘We’ve got Waitrose and walk-in wardrobes’, I confess it made me smile, which is a lot more than can be said for the quality of the football!