We Do Not See the World as It Is: We See It as We Think It Is 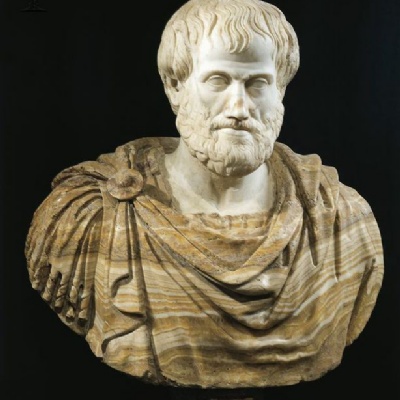 The title of this week’s blog is a quotation from Aristotle, which is getting on for 2,500 years old.  No wonder that his philosophy and science were so enduring, with much of it providing the foundation of teaching in universities well into the early modern era.  However, no matter how long it can often take to move past the accepted wisdom, it feels increasingly that we have to make a greater effort to look more carefully at what is going on around us, to develop our young people into more reflective global citizens.

A couple of weeks ago, I mentioned ‘Fifty Things That Made the Modern Economy’ by Tim Harford, which was an effortless read that spanned a host of interesting ideas.  Harford is an economist, perhaps best known for hosting ‘More or Less’ on Radio Four, which is a weekly analysis of maths and statistics, usually with the aim of debunking spurious claims by political and business leaders.  His reputation as a thoughtful and eclectic author grows with every book he writes, to the point where he is being compared to Malcolm Gladwell, which is praise of the highest order.

Among other gems in his analysis of some of the features of our modern world, Harford says that there are approximately ten billion distinct products and services currently offered in the world’s major economic centres – an almost unimaginable amount, and even more mind-boggling when we are repeatedly told that at least half the jobs our children will do in their lifetimes have not yet been invented.

It is therefore little surprise that the global economic system that delivers these products and services is vast and impossibly complex, linking almost every one of the planet’s 7.5 billion people, delivering astonishing luxury to hundreds of millions, but also leaving hundreds of millions behind, putting tremendous strain on the planet’s ecosystem and – as the financial meltdown of 2007-8 reminded us – having an alarming habit of spinning into the occasional crisis.  Nobody is in charge of it.  Indeed, no individual could ever hope to understand more than a fraction of what is going on.

Talking about the importance of the invention of barbed wire in the late nineteenth century, Harford makes the point that our modern economies are built on the idea that private property is a good thing, because private property gives people an incentive to invest in and improve what they own – whether that is a patch of land in the American mid-west, an apartment in Kolkata or even a piece of intellectual property such the rights to Mickey Mouse.

He says that this is a powerful argument – and it was ruthlessly deployed by those who wanted to argue that Native Americans did not really have a right to their own territory, because they were not actively developing it.  In the year that Joseph Glidden secured the patent for barbed wire, 32 miles of it were produced.  Six years later, in 1880, his factory turned out 263,000 miles of wire, enough to circle the world ten times over.

With immigration once again moving up the news agenda, Harford highlights that while all migration creates winners and losers, research indicates there are many more winners – in the wealthiest countries, by one estimate, five in six of the existing population are made better off by the arrival of immigrants.  So, he asks, why does this not translate into popular support for open borders?  One of the answers is that there are practical and cultural reasons why migration can be badly managed: if public services are not upgraded quickly enough to cope with new arrivals, or belief systems prove hard to reconcile.

The losses also tend to be more visible than the gains, using America as an example.  Suppose a group of Mexicans arrive in America, ready to pick fruit for lower wages than Americans are earning.  The benefits – slightly cheaper fruit for everyone – are too widely spread and small to notice, while the cons – some Americans losing their jobs – produce vocal unhappiness.  It should be possible to arrange taxes and public spending to compensate the losers, but it does not tend to work that way.

Turning his attention to air conditioning, he makes the point that in 1980 America had five per cent of the world’s population but used more than half of the world’s air conditioning.  Emerging economies have since caught up quickly and China will soon become the global leader.  The proportion of air-conditioned homes in Chinese cities jumped from under a tenth to more than two-thirds in just ten years.  Demand will continue to grow – eleven of the world’s thirty largest cities are in the tropics.

Air conditioning lowers the death rate during heatwaves.  In prisons, heat makes inmates fractious – air conditioning pays for itself by reducing fights.  In exam halls, when the temperature exceeds the low twenties centigrade, students start to score lower marks in tests, which clearly begs the question of why we do so much of our testing of pupils in June each year.  Meanwhile, one study showed that air conditioning in offices allowed US government data inputters to do twenty-four per cent more work.  Scientists have calculated that human productivity peaks at between eighteen and twenty-two degrees – how much did you achieve in the first half of this week as we passed thirty degrees?

I’ll bring this week’s offering to a close by simply listing a few more facts from the book.  This is not because I am getting lazy in my old age, though I probably am!  It is just to reinforce the idea that we need to train our young people to think more carefully about their world and to question more rigorously the way it operates.  Each of the following could be a lesson in critical thinking in its own right, but too often we find it hard to engage with such ideas because, well, it just feels like it will be too difficult: