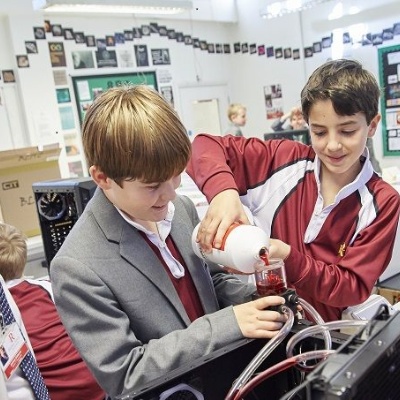 This is a phrase that has come to feature regularly in our household over the years. I have no idea where it came from or when it was first used, but it is usually asked at least once a day as we try to co-ordinate diaries and work out how many people will be home for dinner, even if Stan himself never actually joins us!

Whether he actually said it or not, I have always liked the quotation attributed to General Bernard Montgomery, ‘The marvellous thing about not planning is that failure comes as a complete surprise.’  I was also struck by the comment from a prestigious business leader, whose name I didn’t catch on the radio programme on which he was speaking, ‘We recognised that planning is priceless, but plans are useless.’  His argument was that the world is changing so quickly that any plan that tries to look more than a year ahead is doomed to failure because there are too many variables to anticipate.

Looking forward, he highlights that close to 1.25 million people are killed annually in traffic accidents – twice the number killed by war, crime and terrorism combined.  More than ninety per cent of these accidents are caused by very human errors: somebody drinking alcohol and driving, somebody texting a message while driving, somebody falling asleep at the wheel, somebody daydreaming instead of paying attention to the road.  He makes the point that self-driving vehicles will never do any of these things.  Though they suffer from their own problems and limitations, and though some accidents are inevitable, replacing all human drivers by computers is expected to reduce deaths and injuries on the road by about ninety per cent.  In other words, switching to autonomous vehicles is likely to save the lives of a million people every year.  He predicts it is no longer a case of whether this will happen, just when.

The world is changing faster than it has ever done, which makes it hard to know what it is we should be teaching our young people.  Harari says that many pedagogical experts argue that schools should switch to teaching ‘the four Cs’ – critical thinking, communication, collaboration and creativity.  More broadly, schools should downplay technical skills and emphasise general-purpose life skills.  Most important of all will be the ability to deal with change, to learn new things and to preserve your mental balance in unfamiliar situations.  In order to keep up with the world of 2050, you will need not merely to invent new ideas and products – you will above all need to reinvent yourself again and again.

We are currently thinking hard about all this at Radnor House, looking at what we teach now and what we might realistically be able to do in the next few years.  We have not yet found all the answers, but we are posing some good questions about the learning that might be built into a curriculum that genuinely helps to future-proof our pupils.  The current list looks something like this: formal, active and experiential learning; emotional intelligence, self-awareness and resilience; communication skills and digital literacy; co-curricular skills and interests; physical fitness and a healthy lifestyle; entrepreneurship and money management; teamwork and leadership; service and charity; global awareness and eco-literacy; values, empathy and mutual respect.

We have identified where we are going, so the next step is to work out how we can best address these areas and find effective ways of delivering these skills to our pupils.  It will not be easy, but it will certainly be interesting; and there will definitely need to be a plan, with or without Stan!